First Harvest Opportunity Fund intends to invest the raised capital into construction projects in opportunity zones that have a Technological advantage and can be scaled fairly quickly.  This includes new construction methodologies for high tech single family and multi family build outs.  We have also located investment opportunities into technologies for controlled environment growing and controlled environment storage where the cost for production and production time scales will be much lower than the national average.

We will invest in construction and operation of opportunity zone businesses with into multiple companies to establish as competitive as possible high-tech hybrid farming ventures. We will achieve this through integrating advanced technology, dynamic engineering, and spatial optimization, that has recently been developed. Our fund has obtained exclusive rights to several revolutionary design innovations for NFT hydroponics and has worked out investment opportunities into two revolutionary single family and multifamily construction methodologies along with an additional food production methodology that is fully automated. This diversification will allow us to make sure that the facilities and companies we invest into will be capable of outperforming the standard returns for their industries.

We plan to over time control all aspects of the supply chain including the creation of the replacement supplies for the facilities the target scope of our overall development plan will allow us to eventually be in full control of the entire process including the creation of all of the supplies that allow the facility to be considered organic.  For the EPC of single and multi family in the opportunity zones we have been in contact directly with manufacturers as well as the manufacturers of the equipment that would allow us to do our own manufacturing to increase the profitability and decrease the production cost for all of the projects the fund is targeting for investment.

We make sure that we locate any and all experts necessary to be certain of the viability of the investments the fund will pursue.

Will be investing into at least two projects with separate technologies and management in each sector it invests into diversifying the investment and reducing the overall risk. Investing in technologies and projects that will help solve the greatest problems of this age, food production and housing, we will be investing into companies and projects that will not only have significant profitability but also further that cause.

We will secure optimal purchase agreements to take advantage of the production scale and to receive significantly larger portion of the sales price than what a smaller production or non-continual production facility could get for its produce.  Having two separate projects will give us additional volume which will make it easier to sell directly to stores which guarantees better prices and profitability. Additionally, the facilities being built in this way will make certain that the workers and communities involved will be positively impacted in virtually every way.

With unique and state of the art methodologies we will be able to create controlled environment farming on a scale far beyond what has been done before with local labor and distribution throughout the United States. First Harvest will use the Opportunity Zones throughout the country to set up local production and distribution centers to reach all the major population centers in the United States as locally grown.

Revoblox is a boutique design and engineering firm, where they take your custom requirements and turn them into real-life projects.

Their premium craftsmanship delivers comfort right out of the box, while their modular technology makes expanding properties as simple as ordering and connecting new Blox. With a unique technology, you’ll be up and living in your new home in a matter of days! 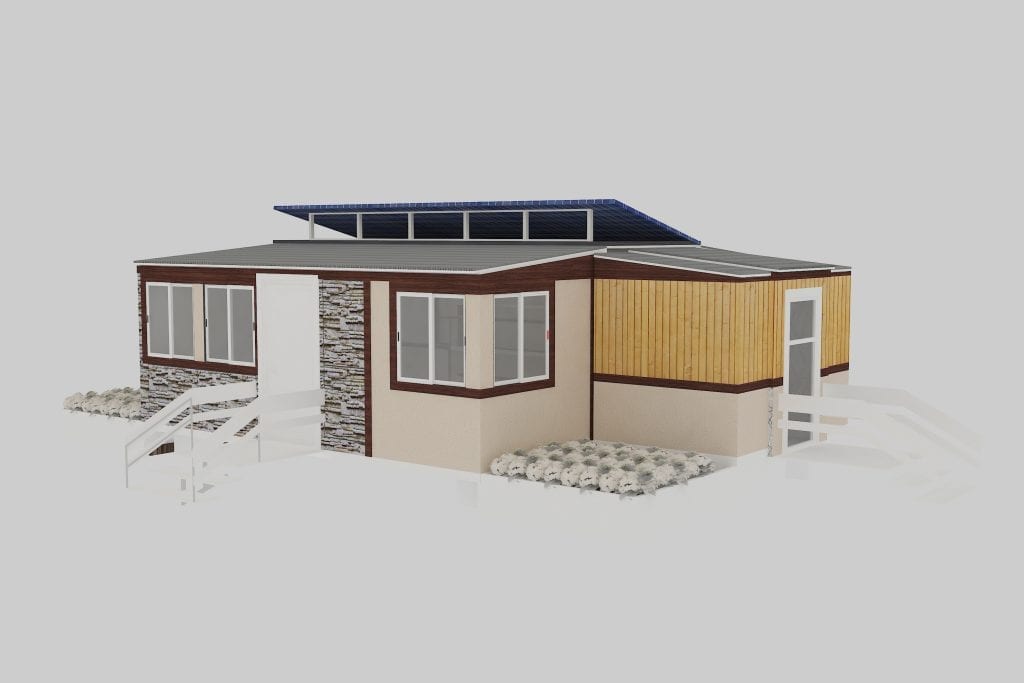 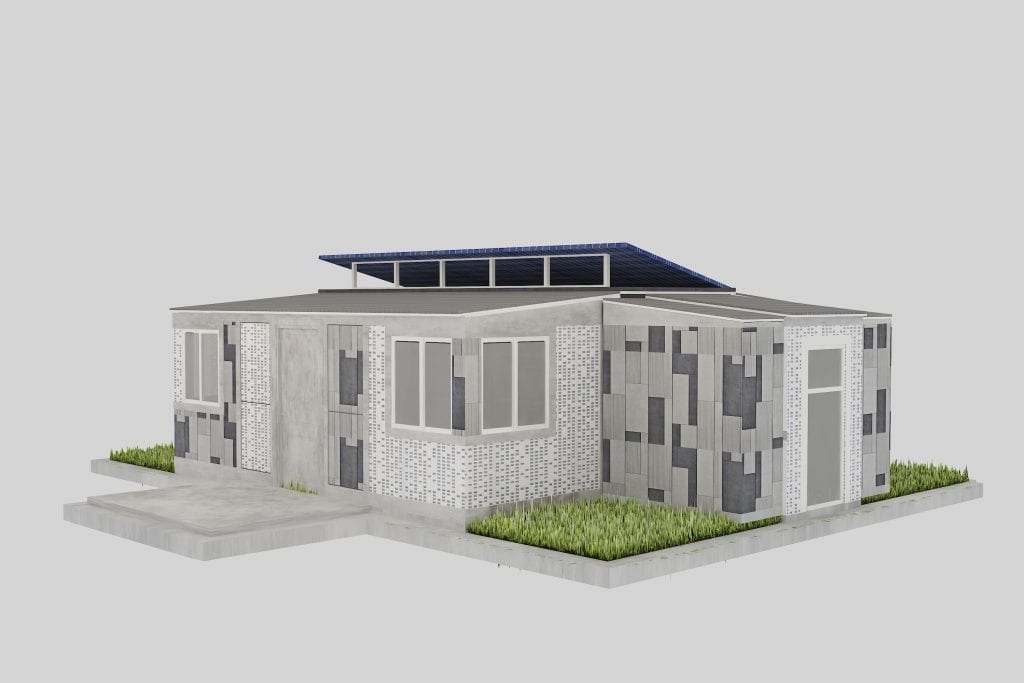 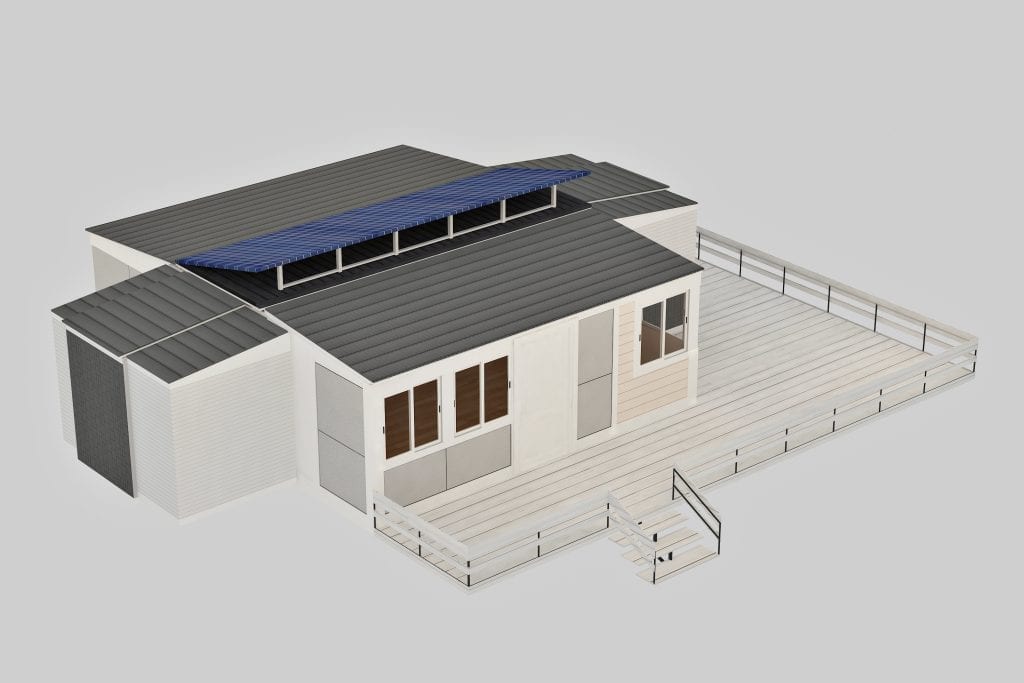 The Tax Advantage: Over 90% of the proceeds will be put directly into site development on sites that qualify for the Opportunity Fund program.

The Ag Business: We will be focusing on creating farming facilities in the emerging market of NFT (Nutrient Film Technique) grown organic produce. In the final months of 2017 changes were made that allowed for the organic label to be placed on produce grown hydroponically, without soil or major substrate; previously, produce grown using the NFT technique could not be labeled as organic.

The first aspect we covered was superstructure and overall build time for sites. With our final design, the first sites should be producing profit in less than a year.

The combination of the increase in efficiency and the ease of construction results in a significantly improved business model. Figure A depicts our projections based upon our proprietary designs and business model. Option B depicts the same business model without these improvements; projections in model B are based on historic crop yields and operating costs for mainstream facility designs.

The construction Business: We will be investing in companies that will substantially change the way that construction of single family and multi family is carried out and we have already located two companies to invest in that have amazing technology and methodologies that will allow for large scale production and build out either on our own sites or for customers.

We will be able to utilize qualified licensed plumbers electricians and mechanical specialists in locales that they are drastically under paid in order to do the work for building out units in cheaper markets while installing the units in markets that will bear higher rates with virtually no work taking place on site.

One of the primary reasons for our facility re-design was to drastically reduce the timetable for site development. With our new design, the superstructure can be put up in less than three months, regardless of location. The crop production equipment can be installed in the order the crops require them. Hiring and training employees for each phase of growth prior to the plants reaching the phase will create minimal down time. For our expansion phases we hope to reduce the site development process to under 6 months from first dollar to first harvest

The process for single family units and multifamily once the basic sitework has been completed will also be greatly accelerated allowing us to buy property and sell off the unit with virtually no time for the market to shift or change in a way that could negatively affect the profitability of the projects. We have located lots that will have very little cost in zones all across the country making the investment into these companies that can supply affordably the units to go on these lots even more advantageous.

Construction: Buy lots and  build them out over 1 to 2 years selling of units as they are built and pre selling some units before they are constructed.  There is often a large period of time between concept and finished homes something we shall remedy with the methodologies we shall invest in.

Produce: Large facility development by many major agricultural facility development companies can take over 2 1/2 years before a facility is operating at full crop production capacity. Site construction typically takes 18 months to 2 years; however, site construction cannot begin until after the site design is finalized, which can take up to 6 months. Finally, after the site is fully built, employees typically have to phase in along with crop production; some plants take months before harvesting can begin.

Hybrid Growing System: We will be growing using a 4-phase growth system, Germination room, Ebb and Flow Seedling growth system, nursery channels and finally finishing channels for the final phase of growth. This multistage growth is to optimize the use of space and the use of light by maximizing the number of plants per square foot throughout the growing process we can use a fraction of the facility size that would be necessary for single or dual phase growth, making the transplant labor more than worth the effort. In the first two phases’ workers are moving 144 plants at a time and a seeding machine is used to put seeds into each plug to minimize labor time, the move from phase 2 to phase 3 allows for almost 2x as many plants to be grown to maturity compared to systems without the phasing and has become the industry standard.

Construction: The units will be sold directly to consumers with 3rd party financing we have already secured, as single-family rentals to investors and as single and multi-family units constructed on site to standard homebuyers.  The advantage of being able to ship to site and have a usable home within weeks compared to the normal construction models will make it popular and make it so that the methodology can be used to help combat the massive housing shortages that are taking place nationally and globally.

Produce: We will be selling directly to store chains at 10% over wholesale prices with guaranteed 110% purchase orders for the produce we are growing in our facilities. The reason chains are willing to do this is the current inconsistency of supply and quality of supply available in the current marketplace.

Construction: The construction projects will be placed in every type of location we will own ones in opportunity zones as SFR and MFR as well as sell units into all other types of locations including government contracts.

Produce: Our facilities will be placed within 6 hours of the largest distribution hubs for major store brands allowing for next day delivery of produce to large geographic areas. There are many opportunity zones within these geographic zones. We will start with the zones that the stores are willing to pay the most for produce in and then once we have met those shortfalls expand from there.